Dr. Usha Jain is running for commissioner 2016 and was at the Food Truck Event of Windermere and connected to her patients and met new people from the community. Dr. Usha Jain decided to take that leadership role to prevent the wrongdoings and citizens to be treated fairly. Dr. Jain also wants to make sure that citizens are safe with efficient police officers so citizens would feel protected.

What about education? Very important. We need to have resources available for the young kids to go for higher education.

Dr. Jains pledged that she would run a campaign without monetory contribution. People say that Dr. Jain is like Donald Trump as I do not take contribution. The contributions is done by big companies and in turn favor is done later on. My goal is to make the hard working citizens happy by giving them fair and equitable treatment, making people safe and making means available to do promote education and prevent the wrongdoings means corrupttion.

Primary election is coming and my pledge and commitment continues.

I am committed to do the medicine and sacrifice my time if people chose me to do that. It is people choice who they want to select, the one who is ready to sacrifice the time and stand for the citizens of the community or the one who puts the bill board evrywhere and takes thousand of dollars of contribution. 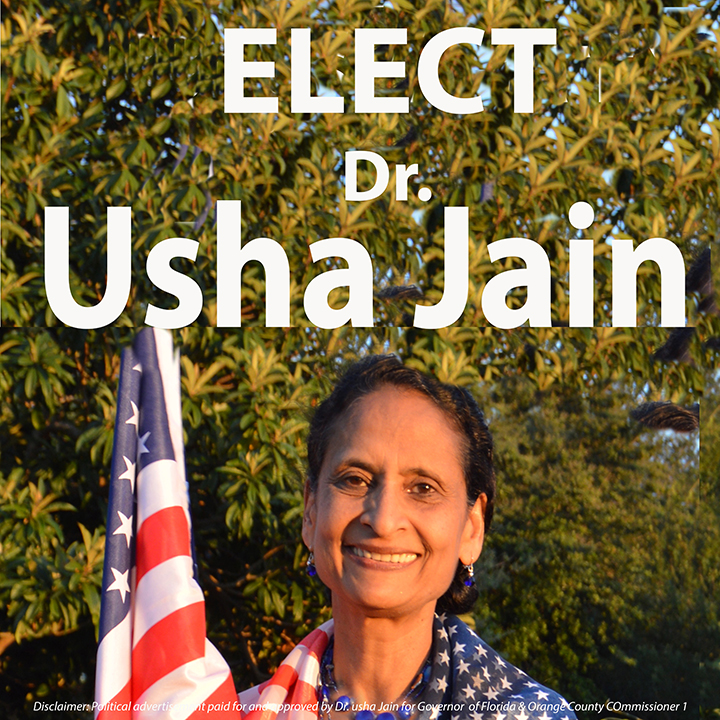 Dr. Usha Jain is a medical doctor who specializes in Emergency Medicine, Pediatrics. Dr. Jain specializes in Anti-aging and regenerative medicine. Dr. Jain is taking the leadership role to try to help the citizens beyond the scope of her medicine to help the citizens to create happy citizens by helping to have fair rules, safety and education.  Dr. Jain was a victim of unfair issue and now is taking the stand for the citizens so her community where she lived for 37 years would be the best community. Dr. Jain has a vision and mission of the happy and healthy community.

Dr. Jain is running for commissiner for 2016 and Governor for 2018 so Dr. Jain can help in making the rules for the working citizens. 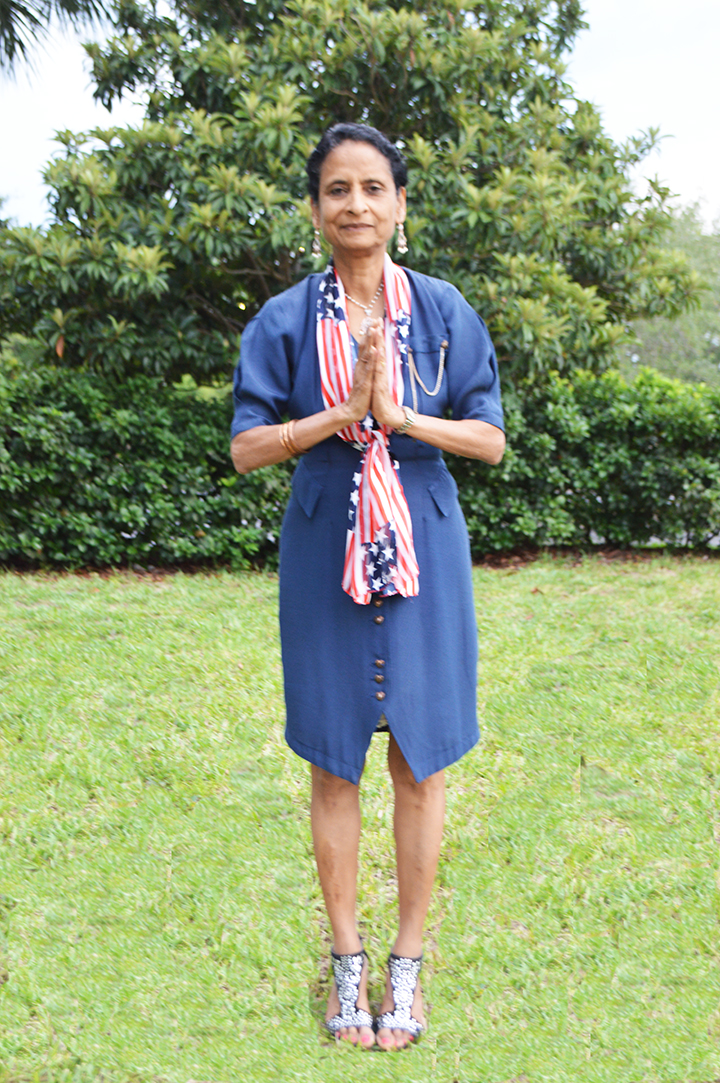 Dr. Usha Jain who is the director of Emergicare Medical Center also owns the hotel in Clermont.

Rick Strong who is the attorney for the Health Department was charging the fine for accidental spill of the sewage. The Jains were diligent in fixing the problems but he still pursued the unwarranted claim and finally dropped it.

Also Chuck Johnson who refused to give the conflict of interest because he knows Rick Storng and was influenced in his decision. Dr. Jain filed a motion for recusal of Special Master in the County Enforcement Court.

Following is the motion filed Dr. Usha Jain which is legally sufficient for disqualification

BEFORE THE SPECIAL MASTER
LAKE COUNTY, STATE OF FLORIDA

COMES NOW, Dr. Usha Jain and Manohar Jain appearing pro se, EVEN when Jay Durga  Party does not exist. Respondent Manohar Jain and Dr. Usha Jain, (hereinafter “Respoondents”), appearing pro se, and respectfully move the court pursuant to rule 20 CFR 404.940 and 416.1440 GRANT THE ORDER to the RESPONDENTS for their REQUEST FOR DISQULIFICATON OF Special master Chuck Johnson immediately on an emergency basis for the alleged fear of personal bias of Special Master against pro se litigants status of the Respondents and also collaboration of Rick Strong with Chuck Johnson. Chuck Johnson is biased in considering the fact finders and should be recused immediately. The respondent request a judicial reassignment.  Respondent states that this motion is done in good faith to preempt further injustice in the case and is done in a hope, to have impartial administration of justice  This motion is done as a final resort to prevent further injustice because Respondents are pro se litigants and do not see any other option but to file this motion.

State of Florida, County of Orange

Respondents Pro Se litigant make this affidavit based upon personal knowledge and we both are competent to testify to the matters stated herein.

This motion is done in GOOD FAITH because of the prejudice and bias of Chuck Johnson to Indian owners of small business and also alleged fear of collaboration because of conflict of interest of knowing of Rick Strong who has personal vendetta against Dr. Usha Jain. Respondents have to file this motion to prevent further impropriety in this case. This motion is not done to (i) harass (ii) to cause unnecessary delay or (iii) increase the cost of litigation (iv)or for any other improper purpose

The motion is based on the following:

Intentional Violation of Due Process

Fear of Alleged Collaboration with  Rick Strong and Predetermined Opinion

Affidavits for Legal Sufficiency of Motion to Disqualify

Respondents have two separate sworn affidavits to satisfy legal sufficiency of the motion for recusal.

Motion for Disqualification is Timely

WHEREFORE, for the foregoing reasons Dr. Usha Jain and Manohar Jain request that the Special Master gets recused from the case and judicial reassignment should be done with someone who is not biased and not connected to Rick Strong.